LAFB #5: The Sixth Love Language, or, Why I'm Still Single

I have a confession to make: I reactivated my FaceBook account this weekend.  It was only for about ten minutes, but all during a span of time where I thought I'd need it in order to find all of my old contacts.  See, I dropped my phone in the toilet the day before.  Lost all my contacts.  All the people I ever laughed at for creating a group/event titled "Dropped my phone in the toilet, i need numbers!" were now me.  Dangit.  In eight years of cell phone ownership, I have never had a phone endure the dreaded potty-bath.  In the ensuing aftermath, I got my roommate's old Blackberry Storm so that I could have a phone until I am able to buy one myself to replace it (and go back down to the non-PDA plan, giving me back that $27 a month). The idea was that I would sync my phone to my FaceBook contacts and have a start on recovering all of the numbers I lost.  Thankfully, when I changed over to Verizon back in July, they put all my numbers into Backup Assistant for me, meaning I still have most of the numbers I need, just none of them I've acquired in the last four months.

But I can't get through something like that without making fun of myself, for the same reason I made fun of the people who would use FaceBook as a convenient vehicle for getting new numbers and a healthy amount of pity from their friends.  The reason I'm still single is because my love language is sarcasm.  Maybe I need to write Dr. Gary Chapman and tell him that he needs to revise his book The Five Love Languages for the next publication.  In my case, I have to laugh at things.  I have to make fun of things.  I think this is why, all these years later, I still love hearing parodies by Weird Al, or watching a Mel Brooks movie, or any one of the parody movies starring Leslie Nielsen (although I drew the line at the Scary Movie franchise).

And I need a woman who can deal with that.  I need someone who will not only be able to take it, but fire back at me.  Yes, I need to be sensitive enough not to completely tear her down (I've been on the receiving end of disrespectful sarcasm in a relationship before), but we should at least be equals at making fun of ourselves.  See also Much Ado About Nothing, but kindly ignore Keanu Reeves' interpretation of Shakespearean dialogue. 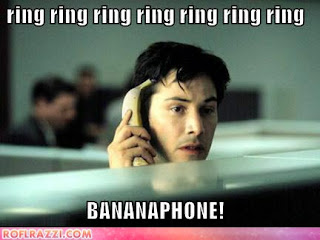 I think some measure of that is what has kept my parents together for almost 30 years.  My current technique is to be as true to myself as I possibly can.  If I manage to offend someone, that means she probably wasn't the one, and I can move on without having even formed a relationship.

Plus, it's much easier than dealing with the questions as to why my relationship status is set as "It's Complicated" without being connected to another person.
Posted by Zechariah 4:6 at 8:04 AM